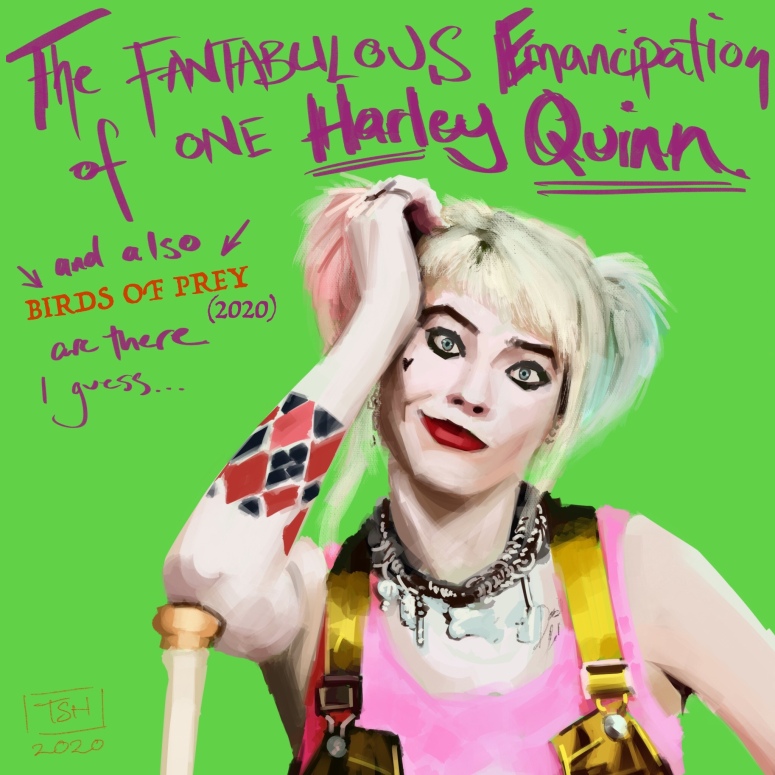 A movie with an identity crisis: trying at once to step away from the pre-existing DCU while at the same time still allowing itself to be shaped by it in all the wrong ways.

I don’t really care a whole lot for the sort of post-production face-tattoo neon-edgelord style that SUICIDE SQUAD had going on, and I really feel like this was a pretense deserving of a few more polish and tighten passes on the script and some snappier direction more akin to a SCOTT PILGRIM or a DEADPOOL than the fairly middling thing that’s happening here.

The titular “Birds of Prey” don’t even really enter into it until the last part of the final act for some fairly stagey action sequences and it never really coheres into the sort of character piece it wants to be. Everyone except Harley (Robbie, who looks like she’s having a blast) is just sort of “in the movie” for the most part.

There’s some good stunts and the performances hit all the notes but it’s cut together in a way that feels like an afterthought rather than an intention.

Low mid-tier DCU, not the worst, but felt (like Harley herself) to be too defined by the shadow it’s trying to escape from under.